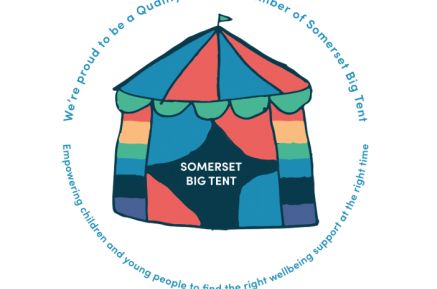 We are part of the Somerset Big Tent

Why did they take so long to tell someone?

Abusers know that talking about sexual abuse is a taboo subject which encourages their abusive behaviour.  The secrecy and lies will affect how long it may take a child to disclose sexual abuse and how they then subsequently behave.

Why can’t they describe the abuse when they were interviewed by the police and/or social care?

When abuse is happening the brain goes into survival mode and switches off the cognitive rational part of the brain. The brain is focusing on keeping the person alive and is in flight/fight/freeze/friend or flop mode. When this happens memories become distorted or fragmented. The brains ability to speak also goes ‘offline’. Trauma makes processing what has happen really difficult and then explaining it to someone possibly even harder. When asked to describe what happened the memories may come back in the wrong order or be distorted somehow. Memories also come back later when the brain is less in ‘survival’ mode

Yes, more than a third of those who sexually abuse children are under the age of 18 themselves

Although some children who harm others have been victimised in some way themselves, many children who engage in sexual abuse have not experienced abuse themselves. There are many factors that influence a child’s sexual behavior including impulse control disorders, exposure to mature material, disability, and even other co-occurring stressors within the home, environment, or family context.

Can therapy help a child who has been sexually abused recover?

Yes, the lives of children who have been sexually abused are forever changed. But many adults have healed from childhood sexual abuse and are living caring and productive lives.

Some children may be ready to talk about their abuse and deal with it soon after it happens. Others may need to move more slowly, gradually testing the safety and addressing the issues that arise. Children do best with a combination of love from caregivers, and support from an adult they can trust again. The trusted adult may need training to help guide them through their work with your child.

What should I do if I know a child has been abused?

Believe the child—children are rarely mistaken about what happened. One of the most important things a parent or adult can do when a child discloses sexual abuse is to respond to the child in a calm and matter-of-fact manner. Take a deep breath. Let the child know that no matter what happened or what he/she says, you will still love/like him/her.

If the child has been abused, take the time to reassure the child that he/she has done nothing wrong. Let the child know that you will do whatever you can to keep him/her safe. Let the child know you are someone he/she can safely talk to about this issue. Listen carefully to the responses without suggesting answers. Recognize that confusion, guilt, and shame about abuse can make the conversation difficult, both for you and for the child. Acknowledge the child’s discomfort and offer praise for their courage to talk about a confusing experience. Remember that if it’s difficult for you to discuss your concerns, it is likely to be much more difficult for the child.

Reporting the abuse to authorities is an upsetting prospect for many families. Yet, filing a report can be a first step to accessing support services. Children who are abused and their families need help to recover from their trauma. Anyone who is harming a child sexually also needs help and support to stop the behaviour.

No, the vast majority of sexual abuse survivors live their lives without ever sexually abusing others.

But many childhood experiences besides sexual abuse are associated with sexually harmful behavior in youth and into adulthood, including exposure to violence, lack of emotional connection early in life, and physical abuse.  When a person is exposed to traumas in childhood, it is more likely for them to have difficulties in other areas of their lives – like relationships, safety, decision making, mental health, physical wellbeing – as they grow into adults.

Intervention is crucial after a child has been abused. Acknowledging and addressing the distress these children have already faced is a good way to begin ending this abusive cycle.