Home For parents & carers Why did this happen?

Why did this happen? 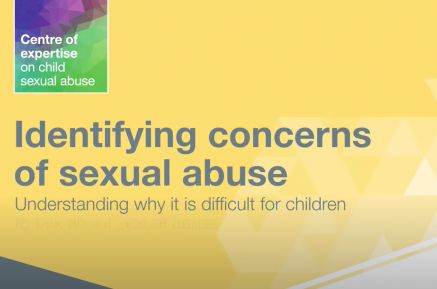 Child sexual abuse cannot take place without secrecy.  Abusers know it is wrong and often go to great lengths to stop the children they are abusing from telling someone.

The first step of the perpetrator is to start to groom the child and the family. Grooming can be defined as the process that an abuser uses to desensitise you – to make you less likely to reject or report abusive behaviour.

Grooming can happen when there is a power differential within a relationship, which the abuser exploits for their own gratification.

This is most commonly recognised tactic used by perpetrators of child sexual abuse, both on children and parents.

Age difference is one example of a power differential. Children are taught to respect older children and adults – many abusers take advantage of this.

The abuser may have taken an interest in you and shown you affection in a different way to other adults, or perhaps allowed you to do things other adults did not.

Whether consciously or not, the abuser did this as a way of gaining your trust and to make it less likely that you would risk losing the ‘special relationship’ by talking to others about the sexual abuse.

Abusers often do not use physical force, but may use play, deception, threats; or other forms of coercion, e.g. telling them it is their own ‘special secret’; saying it is their way of showing they love them; making them think it is natural and ok or making them think no one would believe them; to engage children and maintain their silence.

At the same time your child is being groomed the perpetrator may be also be doing the same to you. They will want to gain access to your child whenever they like; so that they make themselves someone who you want to be around. If the abuse is perpetrated by another sibling you may have noticed them maybe being more willing to look after their sibling or trying to spend more time with them.

Other factors include there being a power difference – for example by someone older or physically stronger, or by a professional who has a measure of control over you, such as a doctor or a teacher.

The effects of grooming on everyone